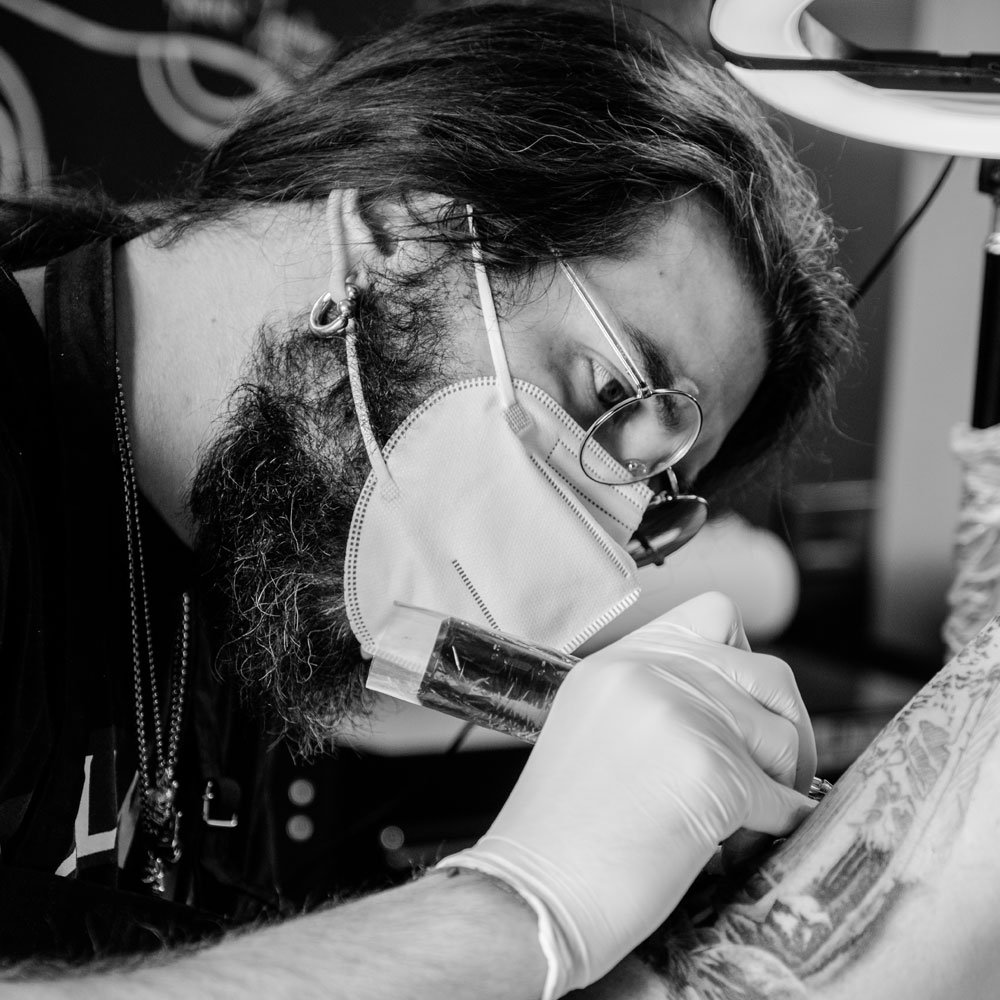 PASQUALE PSYKO Born in 1986, Pasquale Scialla aka “Psyko”, was born from a passion for writing, painting and comics, and then entered the world of tattoos in 2010. Specialized in the realistic black and gray style. BOOK AN APPOINTMENT WORKS 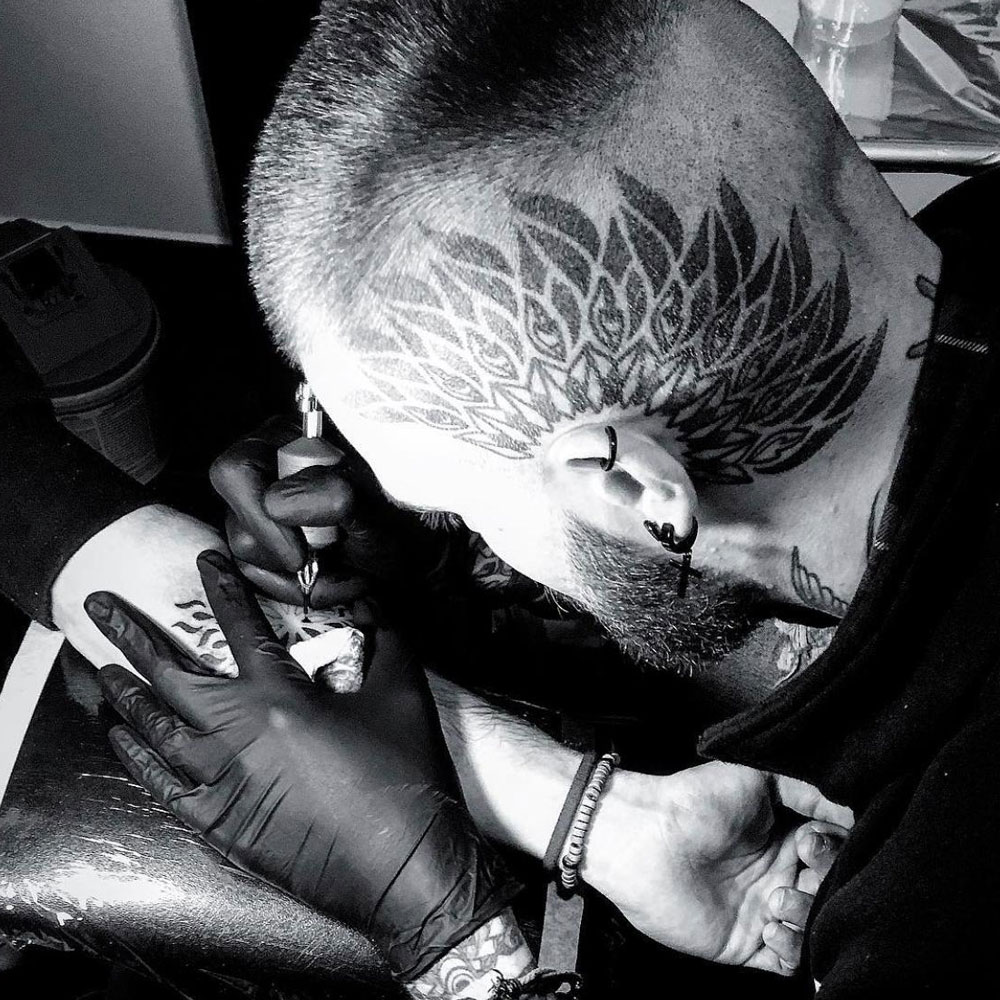 PATRICK CASELLA Patrick aka Trick, born in 1994, has been tattooing for just under 6 years, owner of his tattoo studio in Tuscany in the province of Pisa, the Trick Tattoo Studio, works in many large Italian cities, such as Rome, Turin, Bologna, Florence, Milan and Como. Specialized in geometric and ornamental style, mostly using … Read more 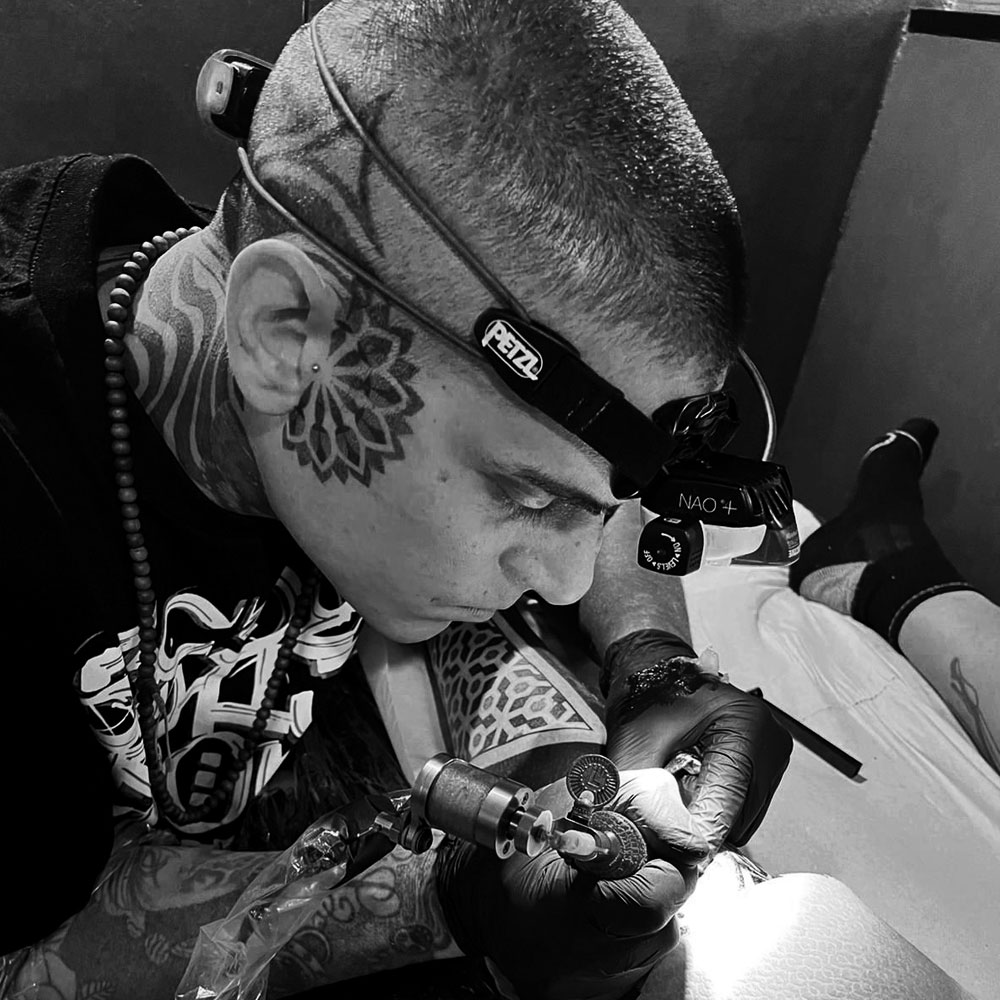 PATRICK BRESSAN Born in 1990, Patrick transformed his dream of tattooing into reality in 2018 by opening his studio “Devotion Tattoo Family.”. In addition to being the owner of his studio, he moves as a Guest around Italian cities. Specialized in Dotwork, Geometric and Blackwork techniques. BOOK AN APPOINTMENT WORKS 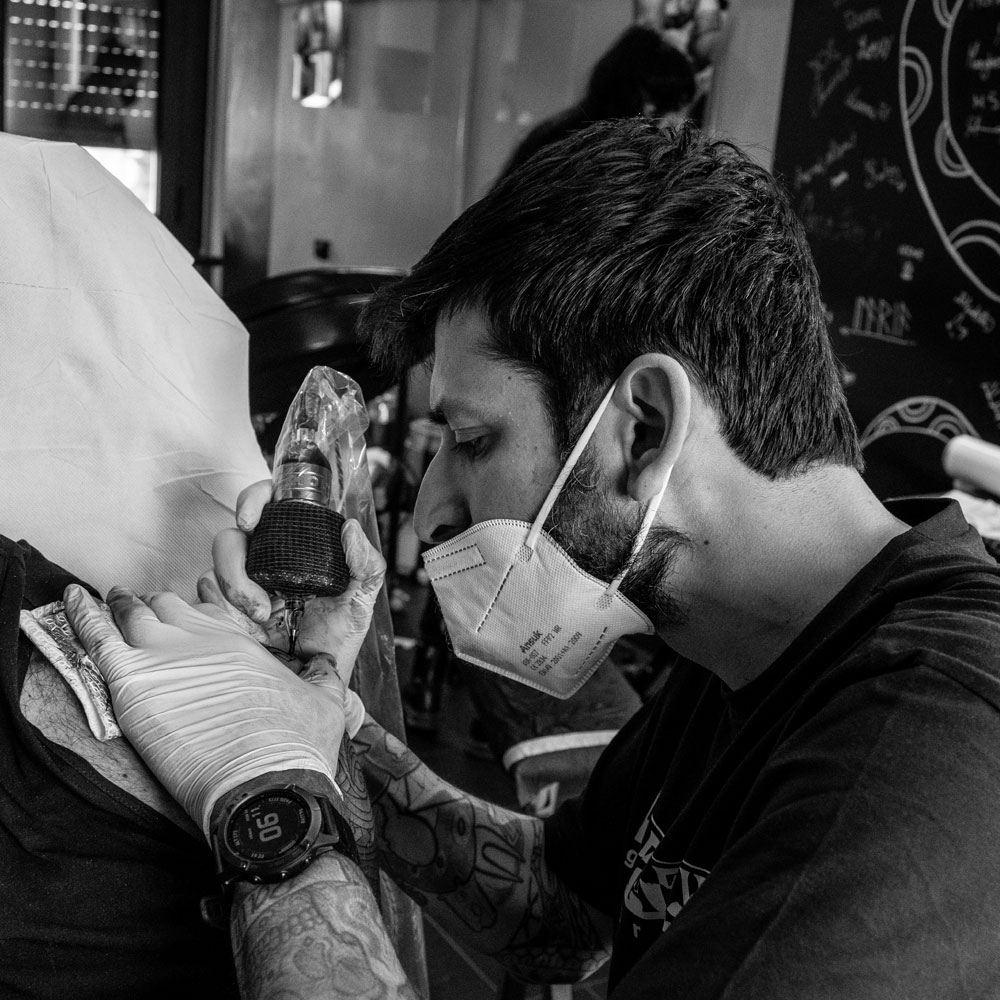 ALESSIO BORGO CIAMBRONE As a child I wanted to be a drummer, but over the years my projects have evolved and between one shattered dream and another I landed on what today is my greatest passion: tattooing. Initially I approached the world of tattoos out of curiosity. After a few self-taught attempts and a few … Read more